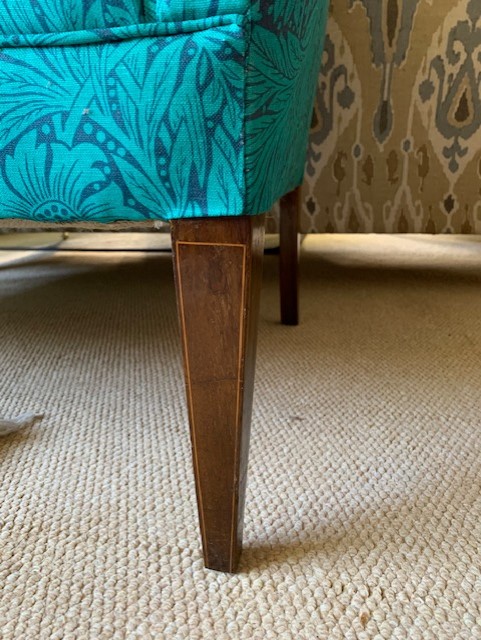 At one time seating reflected social status and in the Middle Ages only the head of a household had a chair, while everyone else sat on benches or stools. During the 17th century, chairs were made with upholstered seats. Most sets of dining chairs date from after 1700. From the mid 18th century onwards fashions for seatings were established by the designs of the leading furniture makers such as Thomas Chippendale, George Hepplewhite and Thomas Sheraton.

Chairs began as basic oak stools and settles. It was during the 17th century that chairs began to be elaborately turned and carved. Some incorporated inlaid marquetry decoration.

It became more important in the 18th century to increase comfort and luxury and this led to the development of a wide range of sumptuously upholstered open armchairs. Although seats were generally stuffed and not sprung yet, many had loose feather-filled cushions that made them feel very comfortable. Armchair design was led by the French. Many English armchairs produced in the 18th and 19th centuries are based on French prototypes of the Louis XV and Louis XVI periods. From 1830 onwards most chairs and sofas were upholstered with coiled metal springs covered with padding and webbing, making them far more comfortable.

Chairs made by leading manufacturers in the 19th century were occasionally marked with their names. If you find the manufacturer’s stamp (it is often under the seat rail or inside the back leg), it can dramatically increase the value of the chair.

NAMES TO LOOK OUT FOR:

Many upholstered period chairs that are not stamped are still of very good quality and comfort and are interesting in their own right.

French chairs often had wooden castors so that they would not scratch wooden floors. In England where carpets were generally favoured, castors in the 18th century were often made from brass. Some were stamped by their makers (Cope & Collinson are particularly well known). In the 19th century chairs were also made with ceramic castors. Chairs have a higher value with original castors.

If your treasured chair is beginning to feel tired or look dated, it may well be worth having it professionally restored rather than trying to replace it with something new. Alongside our custom made new build furniture ranges, we specialise in reviving antiques and out-dated furniture with careful restoration and reupholstery. It’s quite something to preserve a piece of family history but quite another to instil it with a new lease of life, to be enjoyed and treasured for many more generations to come. Visit our reupholstery page for more information.

Restoring the original frame and seat

A traditional, handmade chair with a solid wood frame may remain structurally sound far beyond its modern counterpart. The age and condition of your chair will dictate whether it requires stripping back to its original frame to be tightened or have weakening joints repaired. In chairs with a sprung seat, we will tighten or replace the springs before readjusting them to their ideal tensions for optimal comfort. It’s important to be mindful of the upholstery techniques appropriate to the period and style of your chair. We would, for instance, never put springs in an 18th century chair that originally had a stuffed seat.

Well-preserved chairs dating from the Victorian and Edwardian era tend to retain an original horse hair-stuffed seat. Using as much of the original materials as possible, we reshape this stuffing before the underlayer and new fabric is applied.

Choosing a new fabric for your chair

When choosing a fabric opt for a good quality material that is capable of withstanding the chair’s regular level and type of use. A decorative silk damask might be suited to a Georgian occasional chair, whereas a well-loved armchair would be best served by a more robust natural fibre such as wool or linen.

Your fabric should be in keeping with the date and style of your chair, but that’s not to say you can’t add your own contemporary twist. One of our favourite reupholstery projects featured a Victorian bedroom chair revived in the vibrant ‘Nabucco’ fabric from Designers Guild. This funky textured velvet gave a chic and sophisticated update to the chair, whilst our compassionate restoration using traditional methods remained faithful to the chair’s 18th-century origins. You may also consider using a brightly contrasted braid or trim to use on your antique chair to give it some extra wow factor!

Create your own chair, sofa or footstool by visiting our bespoke furniture catalogue.

With the exception of chairs predating 1950, your fabric choice must comply with modern fire safety regulations. Natural fibres are inherently fire retardant but fabrics with a high synthetic content will require either specialist chemical treatment or the addition of a fire resistant interliner. Fire retardancy treatment can affect the look and feel of certain fabrics, such as velvets, so make sure to ask your upholsterer’s advice before choosing your material.

Coordinating your chair into an existing room scheme

When coordinating your chair into a contemporary room, take a step back and consider which colours in your existing palette you’d like to feature in your chair. Contrast piping is a great way to add a splash of colour to a plain chair and tie it in with your curtains, existing suite or scatters cushions. Accenting with piping or coordinated scatters in feature colours can be a great way to integrate a traditional style of chair into a modern home.

Why reupholster an antique?

Reupholstery is so much more than just papering over the cracks. A quality piece of furniture can live in the heart of your home for generations. It becomes a cherished part of your family history and with our expertise we can bring it back to life. Invest a little time in updating your armchair and you’ll have an authentic piece that’s been lovingly restored and feels right at home in your contemporary living space.

At The Original Chair Company, we specialise in the professional reupholstery of antiques so that they may endure the rigours of family life and continue to be cherished for many more years to come.

The dates given are intended as general guide lines only and are approximate indicators of when the woods were used. 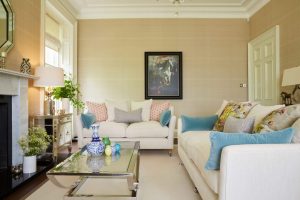 How do you find your unique interior design style? Are you a modern minimalist or into eclectic interiors? Let’s find out… When working with new 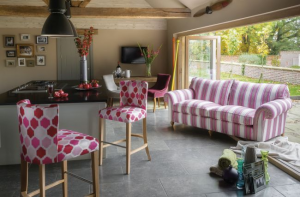 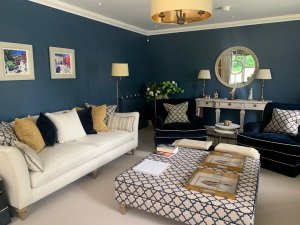 How To Decorate A Living Room: 11 Simple Ideas For Any Space 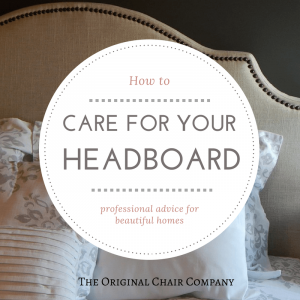 How to Care for Your Upholstered Headboard

You’ve chosen your fabric, confirmed your dimensions, added those luxurious deep buttons – and now your custom made headboard has been fitted behind your bed! 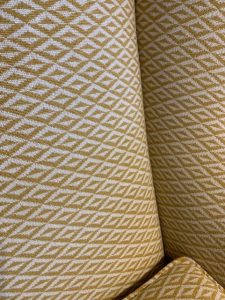 Our fabric studio houses hundreds of inspiring fabrics. Whether we’re creating a starting point for a room or working to complete the look, our years 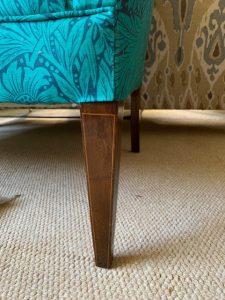 Introduction At one time seating reflected social status and in the Middle Ages only the head of a household had a chair, while everyone else

We were so pleased with the sofa and chair that you did a little while ago, and the chair that you have just done has been greatly admired only this afternoon! The chair looks amazing, thank you for a first class bit of work. I am glad that the selection of the material has worked so well, it was a bit of an indulgence on my part but it has all come together thanks to your expertise – well done.
Malcolm Hutton
I LOVE THIS SOFA! I would highly recommend The Original Chair Company, the service was exceptional – very helpful and considered. The Sofa is beautifully crafted and even more beautiful than I hoped it to be.
Kristie Wilkinson
I am so pleased to have discovered The Original Chair Company. The sofa and armchair are of such high quality and really enhance the look of the sitting room in my new cottage. Thank you to Kate and Sarah for all your help and expertise. I may well call on you again for some interior design advice!
Chloe, Tumbridge Wells
We are delighted with the chair. I have used it and find it to be very comfortable. The whole experience from start to finish has been of the highest standard and we have no problem in recommending you to anyone looking to buy quality furniture.
Bruce Taylor
Thank you for an amazing experience from the choosing of fabrics, the professional advice and prompt delivery. We just love our large footstool and it is a great feature in our living area. Now, what shall we go for next?
Pauline Smith
Thank you, I’m delighted with the new Oslo sofas and the footstool (I was worried about what it would look like – but it is even better than I imagined!), they look lovely with the Anta rug and have really updated the room. Many thanks again to you and Sarah for all your ideas, help and patience.
Dorothy Laing
We are delighted with our footstool. The colour and fabric are beautiful and match in really well with our living room colours. The quality and finish is fantastic. Thank you so much for the wonderful service and keeping us up to date with the progress. We wouldn’t hesitate to use The Original Chair Company in the future
Louise Steel
The help I received at the beginning of the chair ‘journey’ was perfect, it didn’t take you long to realise that I wanted something exciting and different and the designs of chairs and materials fitted my rather exacting requirements. You both kept me up to date with the chair’s progress and it was delivered on time when you said it would be. So all in all a perfect and professional service.
Paddy MacDonald